What is the current "state" of the operational performance of EALs?

Phil Cumberlidge, Business Development Manager - GREENMARINE, with PANOLIN explains the facts and fiction of Environmentally Acceptable Lubricants (EALs) and the current turmoil in the EAL industry.

Firstly, let's define what an Environmentally Acceptable Lubricant (EAL) must do – it must have minimal effects on marine life; therefore it must biodegrade (not be persistent), it must have minimal toxic effect and must not accumulate in the organs of marine life, being transferred (and concentrated) up the food chain. The EAL must (undoubtedly!) also perform well in the machinery it is lubricating.

From an environmental perspective, the US Environmental Protection Agency (EPA) led the way in their Vessel General Permit (VGP), classing 3 lubricant types as meeting 'biodegradability' requirements:

Polyalphaolefins (HEPR, otherwise known as PAOs, Synthetic Hydrocarbons, or 'man-made' mineral oils), are not included in the EPA list of Biodegradable Base Oils in their Environmentally Acceptable Lubricants document EPA 800-R-11-002 Section 2, of Nov 2011, or in their Presentation "Overview of the Final 2013 VGP" of Nov 6th 2013. However, technically, the International Standard ISO 15380 (for Hydraulic lubricants, industrial oils and related products) adds HEPR to the other 3 lubricant types, as ISO 15380 is not involved with environmental performance of lubricants, only with technical properties and conversion recommendations from mineral based oils.

Subsequent to the US EPA VGP (2013), the IMO Polar Code that came into force on 1st January 2017 is also concerned with pollution issues - in the Polar Regions. It sets out the mandatory International Code for Ships Operating in Polar waters for the Safety of Life at Sea (SOLAS) and the Prevention of Pollution from Ships (MARPOL). With climate change making the Northern Sea Route from Asia to Northern Europe more attractive in fuel and time savings for commercial vessels – and for the growing surge of 'expedition cruises' - the propulsion, steering and particularly the deck machinery manufacturers in Europe, are evaluating the low temperature operational performance of EALs for the harsh, prevailing sub-zero operating conditions.

So, how does an Original Equipment Manufacturer (OEM) and consequently, a vessel Owner, choose the right EAL for their equipment and vessel?

Marine propulsion system OEMs, Shipyards and ship Owners have been gathering information over the past few years about the performance issues surrounding the use of EALs. Many OEMs are still issuing letters of Technical Infeasibility to allow continued use of mineral oils whilst still gathering the information, but some in Europe are sufficiently advanced to be making decisions on (at least) which base oils are inherently suitable for use in the marine environment in their equipment. Issues, such as......

..... have become evident with some types of EALs. All these problems cause more frequent system/lubricant monitoring, lubricant top-up, maintenance, system draining and re-filling, transport/disposal of used oil and costs of replacement parts. These are the obvious direct costs of using inferior performing/life oils – not to mention the hidden costs of the paperwork to administer all these monitoring/inspection/testing/re-ordering/logistics operations, and lost revenue due to equipment downtime/failure.

Reliability and long-life come from the combined high performance of the base oil and the additives selected and are the sum of:

Currently, the EAL world is in turmoil, with many issues reported of poor performance of EALs in equipment where previously mineral oils had proven to work and particularly with instances of short life of stern tube lubricants (in some instances only 2 ~ 2 ½ years), before acidity of the lubricant increases, viscosity dramatically increasing, or the stern tube is contaminated with stinking black sludge that blocks seal oil-feed pipes and bearing oil lubrication washways. Many vessel owners who adopted EALs early in the current VGP2013 lifespan, either through existing vessel mineral lubricant contracts, or by salesmen's 'patter' that they have the 'best' EAL, or just by cheapest price, have fallen foul of these lower performing, short-life EALs. Most are changing to the better performing EALs, or trying the same EAL again in case it was a 'one-off' incident. The announcement earlier in this year by DNV-GL of a joint development project with several marine insurers and the University of Sheffield in the U.K. to investigate the increase of stern tube bearing failures will shed light on whether EALs are to blame – and if so, which base oil lubricant types are prone to operational failure.

Fully Saturated Synthetic Esters are leading the way in reliable, high performance and long-life marine lubricants; with the benefits of being environmentally considerate and reducing a vessel's Carbon Footprint. Documented monitoring of 'real-life' use of PANOLIN Saturated Synthetic Esters shows that in all areas of fluids/lubricants use: stern tube lubricant, hydraulics and gearboxes, the robust chemistry of saturated ester technology can enable up to 10 times the operational life of mineral oils, when combined with a Best Management Practice for lubricants (just looking after the oil and having regular sample checks!)

It is the lubricant manufacturer's job to tell you all about the key performance indicators of their lubricant(s) – consult them and ask them what specific EAL base oil technology they use! If they say "We use ester technology", ask if it is natural, unsaturated, or a blend of saturated and unsaturated ester, or if it is the 'real thing' - a fully 100% saturated synthetic ester. PANOLIN, Switzerland, makes fully Saturated Synthetic Ester (HEES) lubricants, all US EPA VGP regulations and Polar Code recommendations compliant, for all vessel application lubrication requirements - with availability around the world.

Your equipment lubricant is an ASSET – select it wisely!
And look after it ! 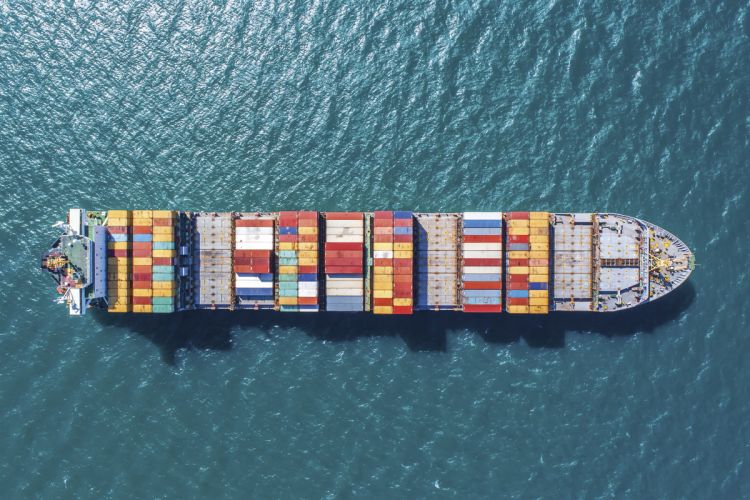