As environmentally acceptable lubricants replace
mineral oil-based products, Phil Cumberlidge of PANOLIN International considers their performance characteristics and operational lifespan – as well as their impact on the environment

The negative effects on the environment caused by toxic mineral-based oils have been dramatically reduced by switching to the use of environmentally acceptable lubricants (EALs). However, the performance of some of the replacement lubricants has resulted in damage to seals and failure of equipment.
Furthermore, the operational life of some of the replacement lubricants has, in some cases, only been half of the life expected of them, compared with mineral-based lubricants.

WHY ARE MINERAL BASED OILS BEING REPLACED?

Vessel owners are becoming more aware of the impact their vessels are having on the environment and are seeking to educe their environmental (CO2 and oil pollution) footprints. Synthetic lubricants also provide for better equipment efficiency and longer operational life.

Legislation is also driving the transition to EALs. For example, in UK waters, the Centre for Environment, Fisheries, and Aquaculture Science (CEFAS) – an agency of the UK Government's Department of Environment, Food and Rural Affairs DEFRA) – has its Merchant Shipping (Prevention of Oil Pollution) Regulations 2019 which set out the UK's marine monitoring programmes to support the targets and indicators set out in the UK Marine Strategy.

In US waters, the Vessel General Permit (VGP), now known as the Vessel Incidental Discharge Act (VIDA) is in force and for Arctic regions the POLAR CODE covers environmental protection matters.

There are also a dozen or so other seas around the world with reefs and islands that are 'Particularly Sensitive Sea Areas' (PSSA). Vessel pollution control is also driven by MARPOL (The International Convention for the Prevention of Pollution from Ships).

In UK waters, the Merchant Shipping (Prevention of Oil Pollution) Regulations 2019 – PART 3 – Requirements for Control of Operational Pollution – Control of Discharge of Oil [subject to certain exceptions such as safety of the vessel or life, or amage to the equipment] states....Control of discharge of oil from ships. 25.–(1) ..............the discharge into the sea of oil or oily mixture from the machinery space of any ship is prohibited'.

VIDA is essentially 'updating' VGP (2013) in terms of establishing a framework for the regulation of discharges incidental (additional) to the normal operation of vessels sailing in US waters, improving clarity on terminology (for example, specifically stating that deck machinery requires EAL) on some aspects of their discharge standards and combining, or dispensing with, some of the waste stream categories. There are proposed to be 20 VIDA discharge streams, including discharges from 'Oil-to-Sea Interfaces', instead of the original 27 VGP waste streams.

All this 'discharges' activity has improved the marine environment. Unfortunately, what has also changed – for the worse with respect to lubricants – is the story of the use of EALs. Since the wider adoption of EALs in 2014, it is evident that some EALS are failing to perform, particularly in stern tube propulsion systems, causing bearing and seal damage, loss of the vessel's operational availability and costly repairs.

THE CURRENT SITUATION IN RELATION TO THE USE OF EALS

Today, vessel owners are growing increasingly nervous when learning (either by word of mouth or through firsthand experience) of the poor performance of some EALs. They are asking specific questions of why EALs are failing, when the 'good old mineral oils' have performed without problems in their ships. Some owners are considering converting to air type seals, or a water lubricated system – both at considerable hardware and maintenance on-cost compared with an environmentally compliant EAL (that actually performs!) – to replace the non-environmentally acceptable mineral oil.

There are four types of base oils that are accepted as being biodegradable: vegetable oils, polyglycols (and synthetic esters), of which there are two types – the weaker unsaturated esters and the robust, higher performance fully saturated esters. There is a fifth 'generally' accepted 'EAL' product – Polyalphaolefin (PAO). However, PAOs were not included in the Environmental Protection Agency's (EPA) list of Biodegradable Base Oils in its Environmentally Acceptable Lubricants document, EPA 800-R-11-002 of November 2011, or in its presentation, Overview of the Final 2013 VGP of 6 November 2013. There are then 'blends' of these base oils, which used the cheapest base oil and added just enough of another base oil/additives to improve viscosity and biodegradability, in an effort to offer the lowest market price.

WHAT 'FAILURES' ARE OCCURRING WITH SOME OF THE EALS?

Lubricant 'issues' have become evident with some types of EALs, such as: increasing oil viscosity due to poor thermal stability, decreasing oil viscosity due to shear instability, and varnish and gumming of the system due to thermal degradation. Other problems include difficult filterability and problems in the change-over from mineral oils due to immiscibility of the EAL with mineral oil. Instances of slime and bad smells in stern tubes – due to water contamination, bacterial growth and oxidation – have a also occurred.

Incidentally, it is not true that ester-based oils will turn into 'seal eating acid' on contact with water. It depends on which ester is selected for the base oil as some turn more acidic than others. Some EALs were found to be degrading, seals were blistering, cracking and leaking and bearings were being damaged causing stern tube system failure after only 2-2 ½ years in use. Other serious issues included corrosion of equipment internals due to the hygroscopic nature of the lubricant, overheating of seals, due to increasing lubricant viscosity/viscous shear, as well as bearing wear in propulsion systems, bringing oil film thickness and frictional characteristics into question.

• Viscosity
This is the key parameter for the stern tube lubricant, for the generation of a stable oil film that does not change/deteriorate due to thermal stress or oxidation.

• High oil film pressures and limiting the peak oil film pressure in the aft stern tube bearing during transient operation
Typically, under extreme pressures, the average oil film thickness of EALs can be a third less than mineral-based oil. As viscosity is proportional to the oil film thickness and load-carrying capacity of a journal bearing, the safety margin is reduced for some EALs in the high-load running modes.

• Optimising the load carrying area of the bearing
Single or double slope-boring of the aft bearing remains a key recommendation to reduce peak oil film pressure, and ensuring accurate manufacturing/installation.

• Low start-up temperatures of equipment – some EALs will result in a reduced safety margin compared to a similar grade mineral oil
The viscosity index of some EALs is significantly higher compared to mineral oils. This means that these EALs will operate with a much lower viscosity in the lower temperature region typical for stern tubes and thrusters in certain conditions, such as mooring trials and cold start-up. The safety margin will be reduced in those types of operation.

ABS has also investigated problems and recommends that if there is a shaft alignment sensitive vessel involved then the viscosity selected of the EAL used in the stern tube might be the next higher ISO viscosity grade to provide a thicker oil film, in order to provide equivalency to a traditional mineral oil in terms of oil film pressure resilience inside the bearing. This is a recommendation and not mandatory, as it may not apply to vessel operations in the Baltic seas during winter/very low temperatures.

HOW CAN AN OWNER AVOID THE WRONG CHOICE OF EAL?

Base fluid properties are important, but it is also necessary to observe the performance of the finished formulated fluid because additive chemistry can adversely affect base fluid physics under severe conditions, due to chemical interactions of additives in the fluids. Viscosity improvers and emulsifiers can particularly affect a lubricant's ability to perform as required and carry heat away from the bearings and seals, under adverse conditions of high pressure/ shear stress and water contamination.

The combination of high thermal and oxidation stabilities, shear stability, selection of low hydrolysis saturated ester base oil and the additives selected all contribute to providing a stern tube lubricant that works, to resist these extremes of pressures on bearings. Omit two or three of these performance characteristics and the oil will be prone to failure.

Fully saturated synthetic ester technology is leading the way in reliable, high performance and long-life marine lubricants for stern tube /CPP and thruster propulsion, rudder and bow thruster steering and vessel stability systems such as fin stabilisers and ballast control. The technology also has the benefits of being environmentally considerate and reducing a vessel's carbon footprint.

The use of PANOLIN lubricants and fluids technology in closed systems can show a reduction in CO2 emissions over the lifetime of the PANOLIN lubricant compared with the recommended replacement time of mineral basedoil. PANOLIN's CO2 calculator is fully compliant with ISO/TS 14067.2013 (Greenhouse gases – Carbon footprint of products – Requirements and guidelines for quantification and communication) – and can provide vessel owners with data showing how PANOLIN lubricants can contribute towards their CO2 reduction goals.

Not all EALs are the same! PANOLIN's saturated ester based stern tube lubricants exhibit a thicker fluid film than those EALs that have been shown to fail and the viscosity index is closer to that of mineral oil than the use of some EAL types where the stern tube bearings have suffered damage on sea trials. Since the launch of the PANOLIN STELLA MARIS Stern Tube Lubricant seven years ago, no reports of poor operational performance, short operational life or failure have been received. Additionally, it has been proven that the operational life of PANOLIN STELLA MARIS can exceed the typical 5-year dry-docking interval period – if looked after by regular oil sample analysis 'health' checks – and can be re-filled into the stern tube, for further operational use.

So, select your EAL wisely and look after it! 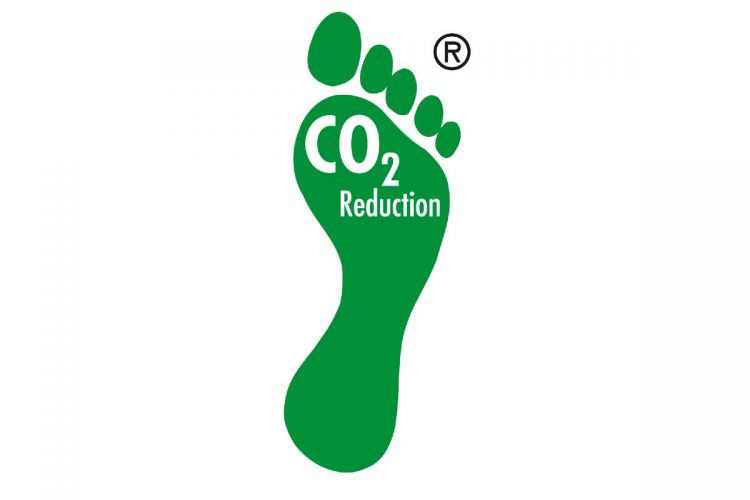